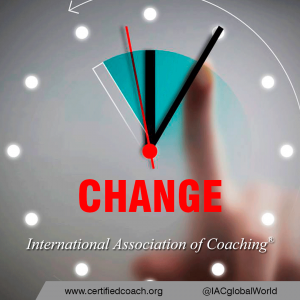 Accepting the inevitability of Change, wouldn’t it be best that we seek to embrace and ensure that it moves us on a path to healthy and positive transformation?

In his seminal work, ‘The Tao of Physics,’ physicist Fritjof Capra focuses our attention to ‘the laws of change that are innate around us.’ Capra mentions that ‘every subatomic particle is involved in a ceaseless flow of energy in which they are created and destroyed without end in a continual variation of energy patterns. It is a cosmic dance in which our participation is mandatory.’ He likens it to the ‘Dance of Shiva,’ the Hindu God of Destruction. In Hinduism, Shiva is a deity who represents transformation. Through destruction and restoration, Shiva reminds us that endings are beginnings, and that our world is constantly undergoing a cycle of birth, death and rebirth.

By taking an eclectic approach of drawing on the disciplines like science, spirituality, philosophy, psychology and strategy coaching prepares us to deal with the challenges brought about by change and for discovering the wisdom that helps transform us to a brighter future.

Over the past two years, consistent with our founder, Thomas Leonard’s vision that the IAC ‘lead the coaching world’, we have transformed as an organization in multiple dimensions to take coaching universal. We successfully launched our VOICE editions in Chinese and Spanish with more languages planned in the future. Our Quo Vadis, Coaching? webinars in English and Spanish were path-breaking in many ways and earlier this month, the IAC hosted our first-ever International Coaching Conference in Colombo that was attended by delegates from 13 countries.

The Conference provided an opportunity for Master Coaches to mingle with their peers in a wonderful atmosphere of shared learning. The conference revolved around the impact on coaching posed by the movement towards a cyber- physical world. Would coaches need to adapt and adopt tools developed through artificial intelligence? Alongside researching these changes in the external world we also took the time to explore that basic tenement of coaching, which was bringing about transformation by managing Inner Change.

On a personal front it is a time for change. While I am humbled to have the privilege to lead the IAC for the past two years, I now pass the baton of leadership to the very capable hands of my colleague and good friend, Pepe del Rio, who takes over as IAC President from January 1st, 2018.

Master Coach Pepe, who is based in Mexico City, brings a deep commitment to coaching and the IAC. And will lead a hugely competent multinational, multicultural team that constitute our Board of Governors, who are backed by a community of volunteers located across the globe selflessly supporting all our initiatives. They have been the back-bone of the IAC and I would like to thank each of them for their untiring and immeasurable support in these past two years as also the global IAC community for their contribution to the world of coaching.

As the IAC and the coaching world move ahead in a cyber-physical world, I am inspired by the words of the philosopher, Tielhard de Chardin, who said, “The day will come when after harnessing the winds, the tides and gravitation, we shall harness for God the energies of love. And, on that day, for the second time in the history of the world, man will have discovered fire.”