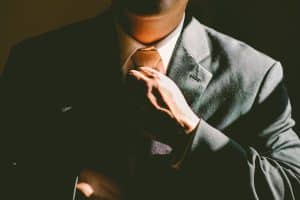 “Do I have to become like them?” asked my young client at our first meeting. As a high-potential young leader in a large corporation, he had reached the point where his next move would take him into more and more meetings with C-Suite executives. Dedicated as he was to the company where he’d spent the formative years of his career, I could see the energy drain from him as he contemplated how much he’d have to change and compromise if the next level of leadership demanded he don a grey suit and tie every day.

“Absolutely not,” I replied in a somewhat directive coaching voice, recovering quickly to pose the question he needed to hear: “What kind of leader do YOU want to be? Let’s talk about  how you can become that leader and be an influence in this company.”

Some years later, when the same corporation is faced with major restructuring to survive a major downturn in its market, my client steps up and gets himself on to a strategic working group because, as he has come to recognize, if the new strategy doesn’t represent the voices of the younger generation of creative, enthusiastic and talented engineers, this company has no future. By this time, he has no hesitation in stepping into the conversations with the “grey suits” and is more than confident that he can have an impact.

Without access to neutral, independent coaching, these young and dedicated leaders lose sight of their own potential. I’m inspired to coach them to speak up with their ideas, to challenge the status quo and to develop the communication, influencing, leadership and relationship skills that enable them to not simply survive, but to thrive in business environments which otherwise might stifle their individuality.

Had I continued my own climb up the conventional career leader, I might today have been one of those “suits”. In that case, I do believe I’d be hiring one of those younger leaders as my own coach. How else might a long-in-the-tooth leader be inspired by the new perspectives of the next generation? I’d turn my organization upside down so that potential could play a big part.

Next generation leaders need the space to experiment and to express themselves. To know that someone is listening. To feel they are recognized as having a valuable contribution. If the incumbent leadership fail to do so, then working with a coach fulfils that need.

My niece relates a story of approaching her manager in pursuit of more challenging work. She didn’t feel her manager was interested in helping her contribute more of her talent. At that moment my niece, disappointed in her manager, created a new vision to travel around the world. The possibilities for her life were, in her mind, much greater than the organization she was currently working for. Had that manager truly listened to what my niece had uncovered in her coaching conversations, perhaps something great could have been achieved for both.

Another of my young high-potential clients, who had been let down by a company who failed to fulfil their promises to her, stepped into coaching with a clarity of desire that needed only a little nudging to emerge. Her openness to coaching and to taking ownership of her own path, resulted in several amazing job offers. And since we’d coached on gaining clarity on what was truly important to her, she chose a new job which first and foremost allowed her to live her life the way she wanted to and which enabled her to step off the hamster wheel of a fast-paced career and to take stock of her life. The fact that we also coached on asking for what she wanted resulted in a healthy salary rise was an added bonus.

As coaches, we can surely facilitate the emergence of young leaders in our society. And those young leaders offer exponential opportunity for us, as coaches, to expand our own perspective in service of a changing world. I’m thrilled to be on the receiving end of that learning. 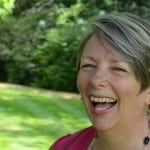 Aileen Gibb has coached with leaders around the world, is a master facilitator of teams and group learning, a best selling author and a TEDx speaker. She coaches high energy, quality, fun, creative leaders and entrepreneurs from her home amid the Rocky Mountains of Alberta, Canada and especially loves to hold individual and group coaching intensives in that awe-inspiring location. Aileen is currently working on two book projects: the first A Little Book of Great Leadership Questions and the second a collaborative project with Dr. Susan Meyer and Natalie Tucker Miller on integrating the IAC Masteries into a framework for TopLine Leaders. Aileen can be contacted atwww.aileengibbinspires.com

Looking to connect with IAC® ?

The IAC® is a community of progressive and diverse coaches. With coaches from 80 countries, and even more languages, from all walks of life, you’ll have no trouble finding a coach or colleague you can connect with. If you are a client, this is a great way to find the most masterful coaches in the world! *