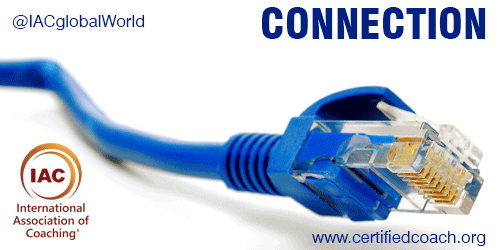 “See the connection, feel the connection, live the connection,” is the message that the Buddhist monk, Karmapa Ogyen Trinley Dorge advocates in his recent publication, “interconnected.” It is a message that is neither a novel nor a new one. Rather, it is one that has been present since ancient times but with an increasing relevance for the world that we inhabit today.

As a society that places a premium on individual identity and talent it is often difficult to accept the notion of being interdependent. If the concept of “I” or “Me” is dominant in our identity we function as an independent entity, which impedes our acceptance of dependency. Bringing about a change in the collective consciousness will necessarily need to begin with transformation of our inner self.

Coaching helps support this transformation through building self-awareness both at an individual and societal level.

Des Walsh is a part of the founding team of the IAC. In our recent conversation, Des mentioned that IAC Founder, Thomas Leonard, had visualized an organization that would bring together and bind a community of coaches. In fact, Thomas’s earliest venture, CoachVille, was aptly named to denote a virtual coaching village, where the coaching community could meet, engage and learn from each other.
As we move ahead the IAC plans to offer a platform for the worldwide coaching community that supports ‘seeing, ‘feeling and living’ levels of interconnectedness. We do hope that you will be an active participant in this mission.

To share more on the topic, please connect with me at president@certifiedcoach.org .

Find out more or adjust your settings.